Loïc Dablé is a Franco-Ivorian chef, he does not consider himself a chef with a nationality because he is influenced by different culinary forms. It is inspired by it and reflects it in the use of products from Africa.

In 2012, he took part in the first season of star chef alongside Christian Abégan. Star Chef is an Africa-centered culinary show. It also deals with the different ways of consuming African ingredients.

This participation allowed him to share his fresh and uninhibited innovative knowledge. In addition, his participation opened doors for him. It was a career accelerator in terms of communication and encounters on the African continent and also in France.

Loïc Dablé has become a highly publicised chef he divides himself between Africa and France, he conducts various consultancy activities at hotels and restaurants within the group Loïc Dablé with his partner and partner Helen Biyot. Its goal is to promote in the world “a contemporary vision of African gastronomy.” 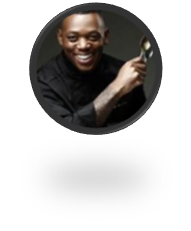 In a casserole, put 2 tablespoons of olive oil. When the oil is hot, bring back the beef tail from all sides. Meanwhile, chop the onions and garlic the carrots.

Once the meat is well colored, add the ingredients, stir the whole make well colour all this and add the water to the height by having first took off the fats hung at the bottom of the pot.

Prepare the marinade by mixing all the foods indicated in the preparation, place your beef tails on a dish and brush them with and then let marinate for 15 minutes.

Put them on an electric grill, or obviously a charcoal if you can it is ideal. Let it braise, well crust and serve warm with attiéké and a drop of palm oil.