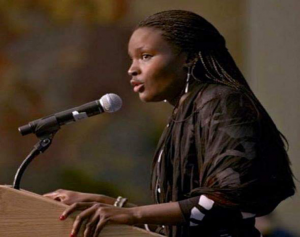 Magatto Wade, a young Entrepreneur of Senegalese descent. A young entrepreneur, Magatto Wade is one of those new faces that capture the light.

It is true that she has everything to attract attention. “African, Young, beautiful, intelligent and full of energy,” says a participant at the New York Forum for Africa. Magatto Wade, 36 years old, has recently appeared in the Forbes ranking of the twenty most influential young Africans.
Born in Senegal, she seduced the three Africans, the francophone, the Anglophone and the “roots”. Of Senegalese descent, Magattoe studied in France and “defends French culture” before going to live in the United States, where she learned all the codes of the overseas culture and became a fervent supporter of corporate culture  and “branding” a word that she repeats with Rapture as a talisman against bad fortunes.
Complex identity, it defends in French, English or Wolof, an Africa which must avoid losing its soul. It was by going to the roots of his culture that Magatto Wade created his first company Adina World Beat.
A company that sells African beverages in the United States. Thus the organic bissap (this drinkBased on Hibiscus Flower has appeared in American supermarkets).
When I was going to Senegal, I was saddened to see that the young people were turning away from the BISSAP. They wanted to drink American sodas. While the cultivation of hibiscus leaves is really part of Senegal’s way of life. The culture of the BISSAP makes the women of the villages live. These crops help to combat rural exodus.
According to a United Nations study, Adina produces a turnover of 3 million million and employs 25 people. To this is added hundreds of women who provide flowers of ibiscus to the Society of Magatto in

Discover Silas Adekunle, 26-year-old Nigerian now the best paid in the world in the field of robotics engineering 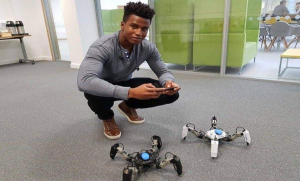 ICT Leader: Discover Silas Adekunle, a 26-year-old Nigerian now the best paid in the world in the field of robotic engineering after creating

The world’s first game robot.
He designed the robot after signing a new contract with the giant reputable software manufacturer of the world, Apple INC.

The robotics engineer was also designated as “someone to watch in 2018” by the Black hedge Fund Group, according to reports from Thebossnewspa

Thebossnewspapers.com.
Adekunle is currently the founder and CEO of Reach Robotics, a company that develops the world’s first game robots. 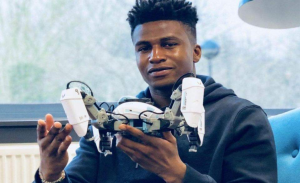