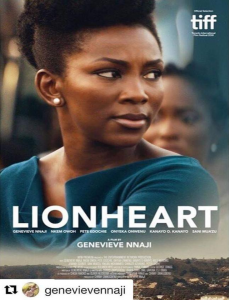 Romantic the Wedding Party or thriller October 1, or also Fifty, the Visit, When Love happens, Road to Yesterday and dear Mummy.

In October 2016, nine months after its launch in Africa, Netflix had also deployed a dedicated server in Nigeria to facilitate content dissemination for its local users, a sign that Netflix is increasingly relying on Africa to develop and Will allow Nigerian films to internationalize

Originally from Guinea, Abdoulaye Baniré Diallo works on the contributions of big data to genomics, and in particular on the prediction of genetic mutations of microbes. Video Portrait of this researcher, brought to the spotlight by the Next Einstein Forum held from 26 to 28 March 2018 in Kigali.

“Originally from Guinea, I went to study computer science in Montreal in 2000, before continuing with a thesis at McGill University,” he recounts. “I was able to develop machine learning techniques to predict the evolution of ancestral mammalian genomes. And then from thread to needle, the human genome. ” It was during his post-doctorate at MIT that he was interested in the smallest genomes of the living, that of viruses and bacteria. “I designed statistical models to decode the evolution of the microbes ‘ genome”, details the one who became a professor at UQAM | University of Quebec in Montreal only 26 years old.